A downloadable game for Windows and macOS

This Pre-Alpha Demo will give players the chance to experience the core gameplay mechanics such as horse-back riding, exploring, combat, and puzzle-solving.

This is a tech demo to illustrate a foundation for the game, and not fully representative of the final product. Please be aware that the next version of the game will be drastically different.

Also note there may be bugs/glitches.

Hey guys, I really liked the demo. Are you guys still working on the game? I would like to support you guys!

Thanks for the comment! Naima's Melody is actually on an indefinite development hiatus. We're currently working on new projects at the moment.

Personally, I believe this project has a lot of potential. What would it take to get it started again?

Are there any plans for a Linux version ?

Yep! We just need to do some more testing on Linux platform to fix some bugs.

- Rumble toggle doesn't seem to work. Entering a new map resets it to "on".

- The grey cacodemon monsters appear too suddenly when it turns to night. Consider giving them an emerge animation like the skeletons?

- Combat feels tight, very Link to the Past. Using the bow and sword in tandem feels great! I don't really have any problems with the controls, but it would be nice to have a button to quickly cycle through tools (bombs, arrows, etc).

- The screen shake when hitting an enemy is excessive, imo. Consider an option where you can toggle it off or lower the intensity.

- Is the sfx when changing the menu pages from Stardew Valley? It sounds really similar lol.

- I experienced frame drops of about 10-5fps while walking around the outside maps. It's not too bad, but it is a bit jarring. I think it might be the overlays (i.e the cloud shadows) causing it, but I can't be sure. I'm running this on a pretty old PC (2.8ghz CPU) so it might just be me.

- I feel like the delay between dodge rolling is too long. I tried to chain together rolls while I was wandering about and it never felt quite responsive enough.

- You can stand on top of the chests that appear when you press buttons if you can get there while the fade-in animation is playing. You don't get stuck on it or anything, but it does look funny.

- Puzzles were standard Zelda fare (which I like!), but I thought the invisible blocks room was especially cool.

- The boss was fun and had good variety. I'm very impressed with how tight the collisions were. When I saw the ton of projectiles in the final phase, I got a bit worried, but dodging stuff was tight and I didn't feel like it wasn't my fault when I got hit.

- It took me about 20mins to finish, but it only felt like half that. I'm impressed you not only got an authentic Zelda experience working in RPG Maker, but you made it fun, too!

Great job with only a few little problems! I'll be eagerly awaiting the next demo!

Awesome feedback, we really appreciate it!
We'll definitely be taking a look at the things you mentioned.

(also as a side note: the menu SFX was purchased from a royalty-free music/sound effects store. perhaps the artist took inspiration, or perhaps when making menu sounds people just come up with similar things lol. either way, it's not stolen from Stardew :))

Love the demo! - Quick question!... Is there one particular ABS plugin you used for this game? (i.e, mog or phoenix kagedesu) or did you create your own proprietary ABS system. Just curious because I as well am wanting to develop an ABS game, but with the Horror city graphics! - Cheers! Keep up the awesome work!

No particular ABS plugin was used for this game. Most of the gameplay is achieved through eventing, with some custom work done to  few plugins as well. Thanks for playing and good luck!

Great game sofar, keep it up guys! My personal best time for speedrunning this tech demo is 6minutes, 38 seconds. 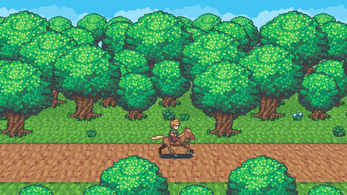 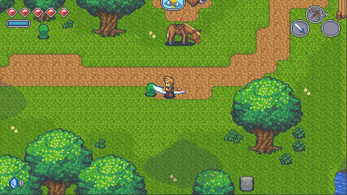 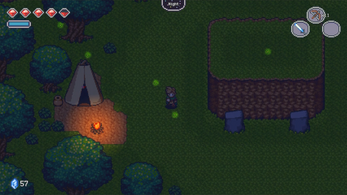 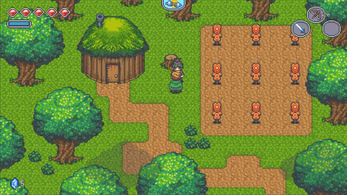 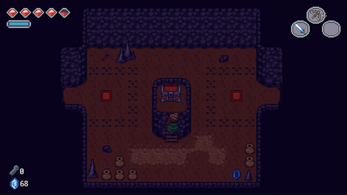 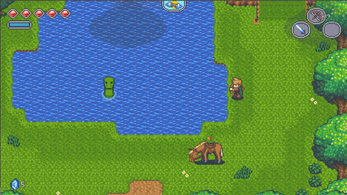 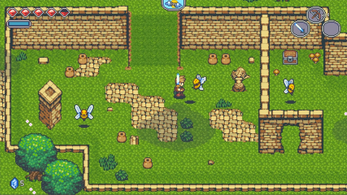