As of this post, Junkdogs is currently at around 84 downloads after being released on Monday of this week. It has been absolutely amazing getting some feedback on the demo and ideas on how to improve the experience in the future. So that’s what I’d like to talk about today with this post: Where to Next?

Exploration and collecting items is a key part of the Junkdogs experience. Playing as a professional scavenger, it only makes sense that gameplay would revolve around finding things. In the demo, most of the items you find are ‘key’ items in the sense that they help you unlock something or progress in the game. 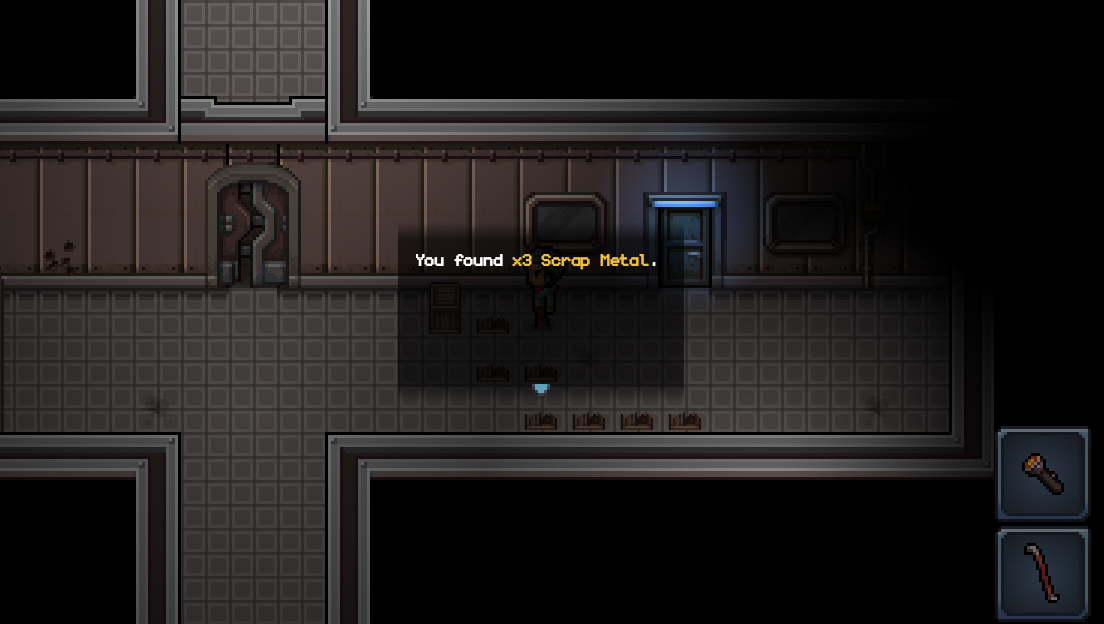 Additionally there are two types of items you can find in the demo that are meant to serve a purpose unrelated to exploration / puzzle solving. These items are Scrap Metal and Coolant.

Currently there is no use for scrap metal in the game. In the future, it is intended that Scrap Metal is used as a form of currency to upgrade your spaceship. The more scrap metal you find and collect from the field, the more you can increase your ships stats. It’s like gaining experience points in traditional rpg systems.

Coolant is used to recharge the Overdrive skill in battle, which normally can only be used once, but can be recharged as long as you have a Coolant item to use.

The Red Hound Starfighter is the ship Joe uses to do battle with and as the game continues to develop, players will be able to customize and upgrade the Red Hound.

Using parts scavenged from the field or purchased from various shop vendors on planets/moons across the solar system, players can customize the ship’s Power Core, Processor, Wiring, Motherboard, and Drive. Each part category represents a different stat, and certain unique parts will give the ship access to special effects and skills.

Unlike traditional rpgs where the player can easily equip and unequip gear from a menu screen at any time during the game, in Junkdogs customization will only be done by speaking with Otto in between missions. 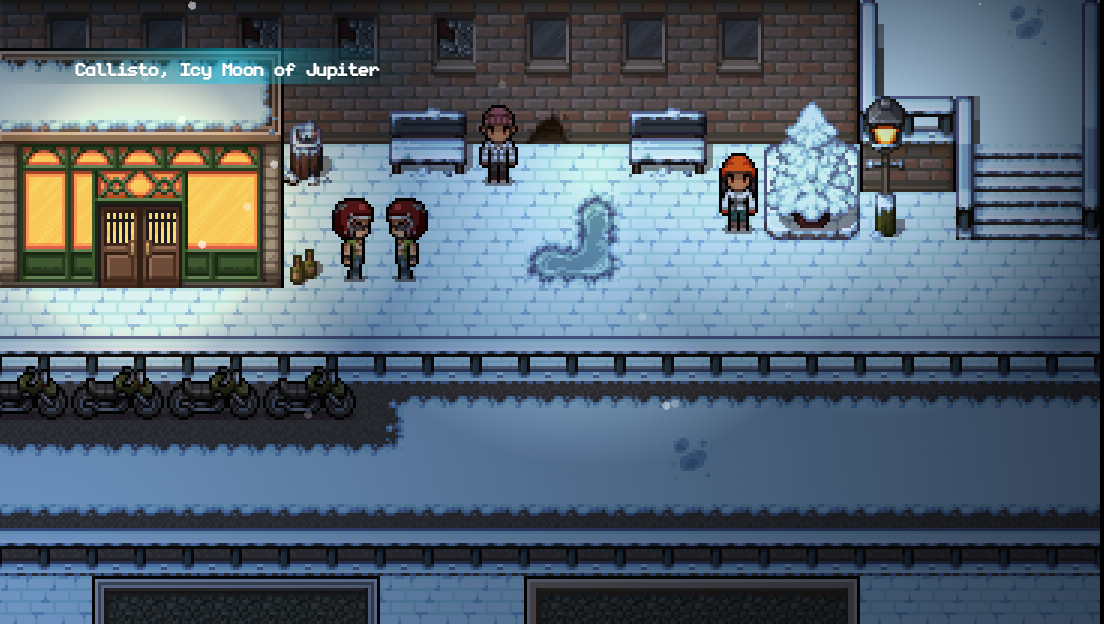 It’s a big solar system out there, and in the year 2091 humanity has settled on various planets and moons. A taste of this can be seen at the end of the demo as players are very briefly introduced to Callisto, Icy Moon of Jupiter.

As the game continues to develop, the plan is to take players across a variety of locations. So far I am planning to design maps for:

-The slums of Mars
-Ganymede
-Venus City
-Luna, moon of Earth
-Titan, a desert moon
-and more to come!

These locales serve as places to unwind in between missions, and to explore and meet interesting characters, but most importantly they will be a means of driving the story forward.

On the space side of things, I plan on creating more variety in the space background scenery. I always enjoyed how in No Man’s Sky you’d fly around and see green, blue, purple, and red colors in space. Not quite realistic, but sometimes sacrificing realism for the sake of aesthetics is worth it as a designer. 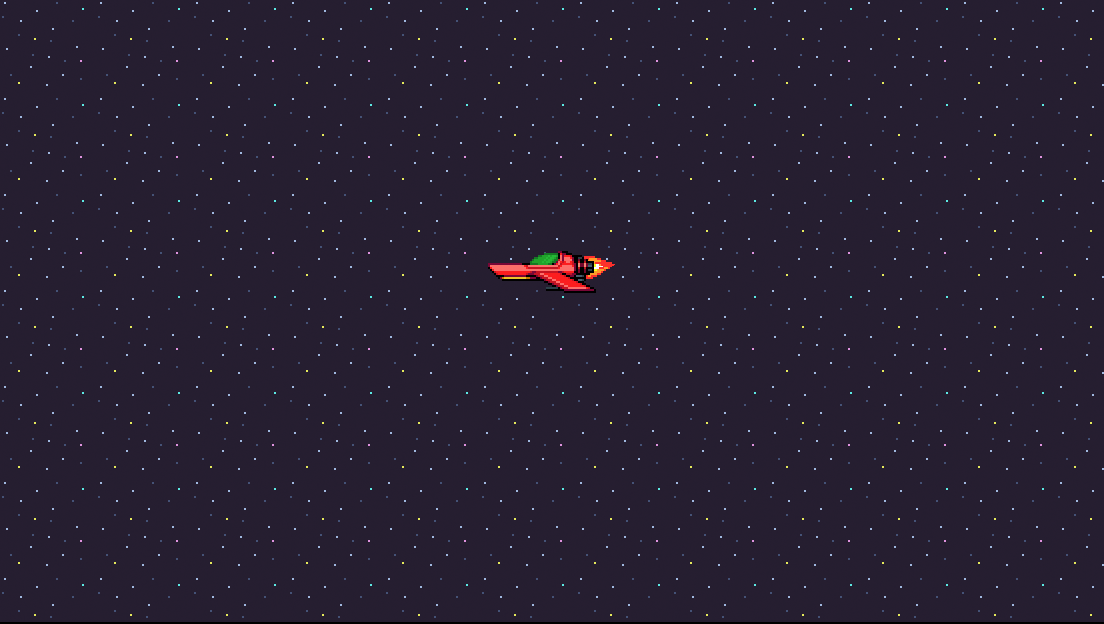 Battles:
The current battle system is what I believe to be a unique take on classic turn-based rpg battles, utilizing mechanics that make for a strategic and rewarding experience. I really like systems that reward players for smartly managing their resources, and that’s exactly what my limited use space battle system does. It takes careful management of how many times you can use certain skills, and requires you to decide when the right time is to use a particular skill. On top of that, you have the ability to Recharge your combat skills at any time, but doing so will use up your turn. To me it feels strategic and fun once you understand how it all works, but I haven’t received enough feedback on this battle system to know for sure if it feels right to most players.

I really wanted to include some sort of boss fight in the IGMC 2018 demo but I decided to save that for a future release. I’m looking forward to designing fun, challenging, and interactive bosses for players to do battle against.

Just like in Cowboy Bebop, (the main source of inspiration for Junkdogs) there will be aerial dogfights that take place not just in space, but on the various planets and moons and in cities as well. It should be very interesting to see how these battles end up looking in the future.

So what do you think? What would you like to see as a feature as the game continues to develop?